Wongs, the Flower Lady, and heaps of hot chocolate 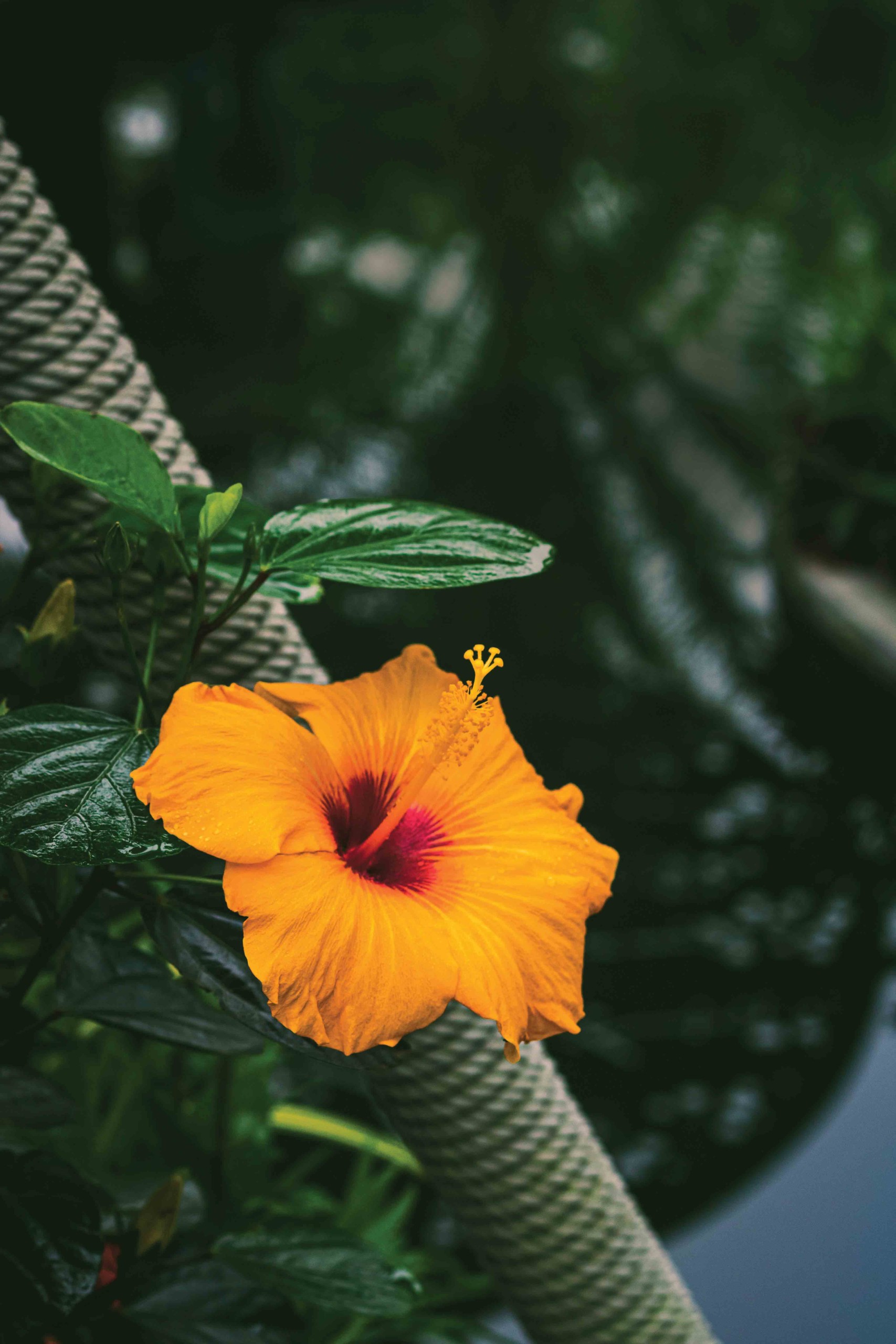 During the first lockdown, the inpatient unit (IPU) at Mercy Hospice was home to a 40-year-old Cook Island Māori, Tahitian man called Wilfred, but to everyone he met, he was ‘Wongs’.

With his family based in Tahiti and Rarotonga, Wongs spent his early years in New Zealand, either in care or on the streets. During his teens, he suffered a head injury, and as his health deteriorated, he struggled to feel comfortable in care.

At Mercy, the nurses noticed that he never received visitors, which made him feel very lonely. And when he spoke about his parents, people noticed a deep sadness in his voice. Yet with the nurses, staff and volunteers who worked at Mercy, Wongs found connection.

One of these wonderful people was Ana, a volunteer with Mercy Hospice for over 12 years. Ana distributes the flowers around the IPU at College Hill, and once a week she would make a special effort to gift Wongs with a flower from his part of the world, like a gorgeous amber and crimson hibiscus. Staff who witnessed this commented that Wongs just melted every time he held the flower, and it turns out there was good reason. 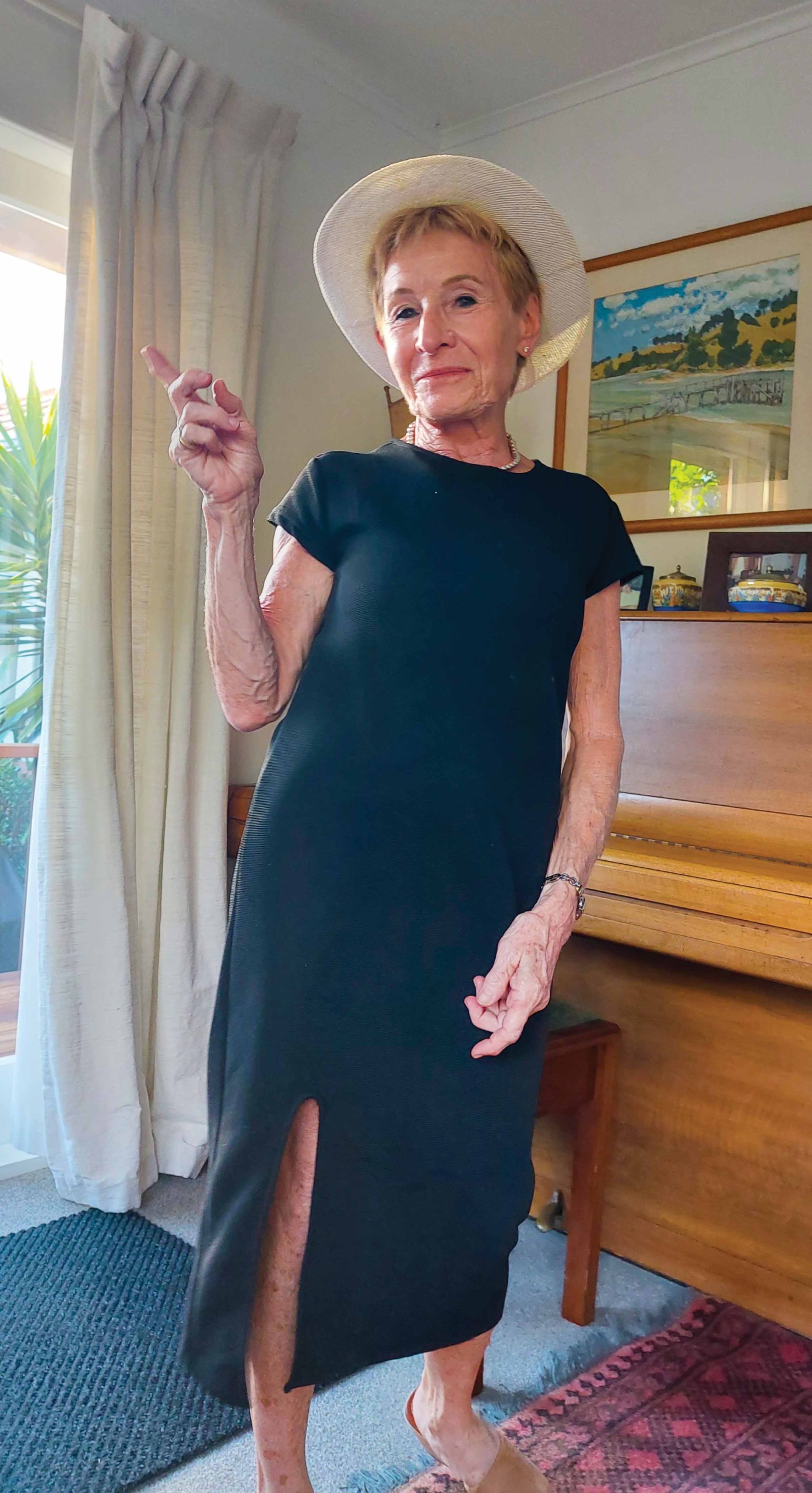 “…when he first arrived, he wheeled himself around in his wheelchair to see what I was doing. And he was very taken with the flowers. So, I started chatting with him and said, oh where are you from? He told me he was from the Cook Islands, and that his mother did a lot with flowers. I sort of gathered that she’d done flowers at church, so I gave him a little bowl of flowers to take to his room…I would just find things, bring flowers in, use the colours he liked. But I also looked for things that I thought he’d like. I had some birds of paradise in my garden. I brought palm leaves and just things that I thought would connect him with his home. He was so happy to receive these things, and he would say thank you over and over again.”

Wongs had cancer, and even as his condition worsened, he insisted on going downstairs to chat with the receptionists. He particularly enjoyed conversations in his native tongue with our French-speaking receptionist, Eliane.

“I knew he wasn’t getting any visitors and was feeling very lonely, so I enjoyed our conversations in French. He really did not like being stuck inside. He wanted his freedom. I just tried to help him feel content enough to stay with me at reception. We enjoyed having lots of hot chocolates for as long as he was able to move around independently.”

For Ana, the fact that she was not part of the medical team was significant to Wongs.

“It seemed really important that he had this real personal contact with someone, and who wasn’t really clinical. I was doing it because I loved it. And I wasn’t a carer. I guess it just made him feel more normal. I was a kind of a friend in a way, seeing him as a person.”

Eventually, Wongs was unable to make it downstairs for his regular chats at reception. So, Eliane made a point of going up to talk with him from the foot of his bed, which helped him to feel peaceful. She would speak in French, and although he was unable to talk towards the end, he made sounds to acknowledge her words. At the end of her visits, instead of saying goodbye, she would simply say goodnight in French, ‘Bonsoir’.

One long weekend, when Wongs was likely to be alert for only a few hours, a registered nurse in the IPU was asked to find a way to connect him with his family overseas using technology. It was hoped that a video link would help them understand how sick he was and enable Wongs to receive any last words.

At first this was a challenge but eventually the nurse was successful. Wong’s family were able to see him and hear a few words. In the end, his mother and sister did fly from Rarotonga, but sadly, Wongs was unconscious when they arrived. He died a few days later with his mother and sister by his bedside.

When patients find themselves alone or deprived of human contact, the simplest things make such a difference. Familiar sights and sounds, a kind and gentle presence, a hot chocolate and a flower that reminds us of home. For Ana too, there’s something even more,

“I just believe that there is a way for people to pass from this world into the next world in the right way. I didn’t believe that happened in an ordinary hospital. It’s a spiritual belief that we move from this world into another, just like when you’re born. There’s a good way to enter the world in the right way, and there’s a way to leave. And I believe that’s what one finds in Hospice. It’s that very strong spiritual connection that lives here. And it’s founded in the whole Hospice movement and by the Sisters, who actually started the Hospice. I think it lives here, it’s embedded in the whole surroundings, like the Madonna’s cloak wrapped around us with love.”

If you would like to know more about how you could be part of providing care and support at Mercy Hospice, please call 09 376 7574, email [email protected], or visit mercyhospice.org.nz/supportmercy/volunteer

Back to July issue

Send your story and images to [email protected]. If you enjoyed reading this, then please explore our other articles below: